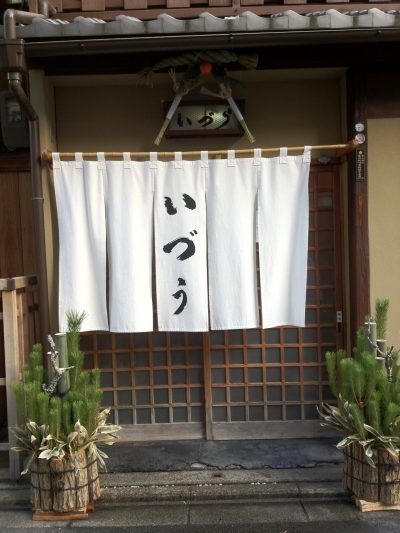 New Year’s Day (shogatsu) is said to be the most important holiday for the Japanese. It begins at night on December 31st and goes until January 3rd. During this time, most businesses’ are closed and families come together for the festive period.

In Japanese culture, the new year is a clean slate. As a result, most Japanese people partake in something called oosouji, or “big cleaning.” A lot of times, every inch of the household is cleaned, including places that remain untouched at other times of the year and homes and entrance gates are decorated with ornaments made of pine, bamboo and plum trees. All cleaning must be done before January 1st as what you do on that day sets you up for the entire year. Each region as well as every family hold their own traditions for this holiday but the common meal served on New Year’s Eve is Toshikoshi soba which is a buckwheat noodle soup. The noodles are long and are said to represent a long life so by eating them you are wishing for continued long life in the year to come. Ozouni, which is a vegetable soup served with mochi, is commonly served on New Year’s Day. The mochi’s stretchy texture is meant to represent longevity, much like the soba noodle. Osechi is served throughout the holiday as well. There are many different foods that make up Osechi and each hold their own meanings.  A few common foods used are:

Black Beans: Usually made sweet, they are said to represent hard work.

Datemaki: A type of sweet rolled egg mixed with fish cake, the dish is supposed to represent scholarship.

Kobumaki/Konbumaki: A type of rolled kelp dish. In Japan, many different types of kelp and seaweed are eaten, but this particular kind is called konbu. It is supposed to represent happiness.

Shrine visits as a family or “Hatsumode” on the 1st, 2nd, or 3rd day of the year to pay respects and wish for a happy and healthy year, as well as watching the first sunrise of the new year (Hatsuhinode) are age-old customs that are still very popular today. At midnight on December 31, Buddhist temples all over Japan ring their bells a total of 108 times to symbolize the 108 human sins in Buddhist belief and to get rid of the 108 worldly desires. A major attraction is The Watched Night bell, in Tokyo. A newer but very popular tradition is called Fukubukuro. Fukubukuro are goodie bags sold by department stores. The goods in the bag are often worth much more than what the bag is sold for but the consumer doesn’t get to know what’s inside before they buy it.  Otoshidama is a tradition that consists of giving children in the family envelopes of money. Another popular custom is to write postcards to family and friends during this holiday and send them to arrive on January 1st, much like the western tradition of sending Christmas cards.

Japan is one of the most tradition-rich cultures so as you can imagine, they have what feels like an endless amount of cultural customs traditions for their most popular holiday. However, we hope this blog has left you enlightened about some aspects of this significant day.
0Shares
PrevNext