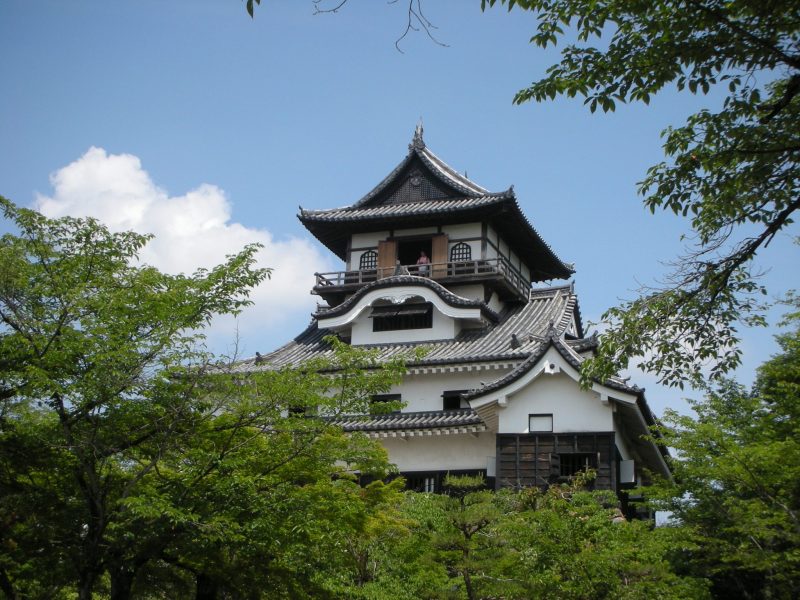 Inuyama Castle is located on the southern side of the Kiso River in the sleepy town of Inuyama. The site of the castle was initially occupied by the Harigane Shrine, and the shrine was moved to Shirayamadaira so that the castle could be built on the steep hill. Inuyama Castle holds the distinct honor of being the oldest castle in Japan, though the date of its original construction a bit of a debate. The castle as it stands today was constructed in the year 1537 by Oda Nobuyasu, an uncle of the great warlord Oda Nobunaga. Inuyama Castle is only one of four castles in Japan designated as a National Treasure (Hikone, Himeji and Matsumoto Castles are the other three).

From the time Oda took up residence to the present day the castle has changed hands many times. After Hideyoshi took control of Odawara, he placed Ishikawa Sadakiyo in charge of Inuyama Castle. Though Ishikawa’s defeat at the Battle of Sekigahara meant he also lost control of the castle to Matsudaira Tadayoshi. He in turn awarded his retainer Ogasawara Yoshitsugu his newly aquired prize. In 1616 Ogasawara was replaced by Naruse Masanari, whose family occupied the castle until the Meiji Era. In the year 1872 the government seized control of Inuyama from the Naruse family. In 1891, the Great Nobi Earthquake destroyed much of the castle, leaving only the main keep standing. After that, in 1895, the government decided to return ownership of the castle to the the Naruse family under the condition that the family repair and maintain the castle. The family agreed and was the only privately owned castle in Japan for a long time. The Naruse family finally gave the castle back to the city of Inuyama just a couple of years ago.

Being that the castle was built on a 40 meter rise, to give a better view of approaching enemies, the fortress is indeed an impressive sight. Though it appears to have only three levels, the castle actually consists of six floors, four above ground and two below. The most striking feature would have to be the castle’s Main Keep. As you make your way through the castle, be sure to check out all of the exhibitions from the castle’s rich history. Also be sure to check out the massive wooden beams making up the castle’s design and architecture.

But when you are touring the castle, the best is saved until last. On the top floor of the castle, the view of the surrounding area opens up before your eyes. You can walk out onto the veranda around the top floor, but this is probably not the best place for anyone that suffers from vertigo. Walk around the outside of the main tower on the veranda to get views in all directions of the surrounding countryside.

How to Get to Inuyama Castle