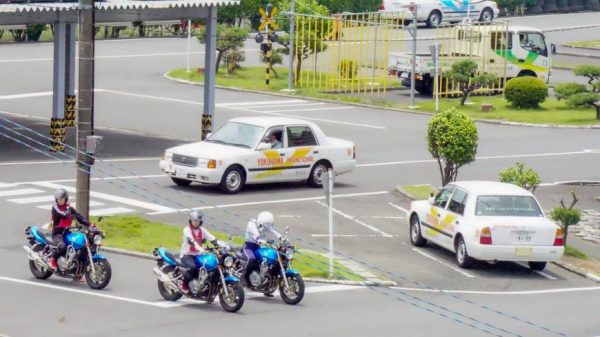 Japan has one of the best, if not the best public transportation systems in the world. There are many, diverse means of public transportation in Japan. We can move around by bullet train, train, bus, streetcar, subway and monorail. But still, about 90% of Japanese adults have a driver’s license. We can start to drive at the age of 18 and many people go to a driving school to get a driver’s license after finishing high school.

It costs about $3000~$4000 to finish a driver’s school and takes about two months. Some people go to a training camp for driving for about three weeks. They stay together in a camp and practice driving. It costs about $2000.

So it’s not easy to get a driver’s license, and it requires a lot of work and money.

The reason why we have to learn how to drive at school is that we need to be skillful in driving on narrow streets and cramped parking lots. We are taught how to start on a slope, how to go backwards and how to park a car in a narrow parking lot. The driving examination consists of a written exam and a practical exam. We must pass both exams to get a license.

As most of the office workers commute to the office by train instead of driving, we hardly drive except when going on a date, sending kids to cram schools, taking old parents to the hospital or taking kids around on holidays. But it’s still common to own a car especially for those who live in rural areas.

It’s not cheap to keep a car especially in the Tokyo area. There are fees for maintenance and car insurance. Parking fees can be as much as $1,000 a month in Tokyo, and every car must be inspected every other year, which costs $1,000.

Even though 60% of people between the ages of 18 to 24 have a license, only about 32% of them have driven a car in the past few months. They are referred as ‘paper drivers’, which means they are drivers on paper and not on the road. These people will go to a driving school again just to get used to driving when they really need to drive on the road. There are driving schools for ‘paper drivers’ and two-hour-driving courses cost about $300.

We may think that we can’t afford to own a car right now, but we may have to drive for some reason later in our life. So we must be prepared for driving. 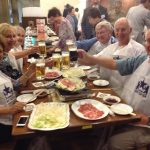