Kanazawa is an important city and serves as the capital of Ishikawa Prefecture. The city boasts many historical attractions such as restored residences and districts, as well as modern museums. But Kanazawa’s main attraction is Kenrokuen, one of Japan’s “three best landscape gardens” (Koraku-en in Okayama and Kairaku-en in Mito being the other two) and by many considered the most beautiful of the three. 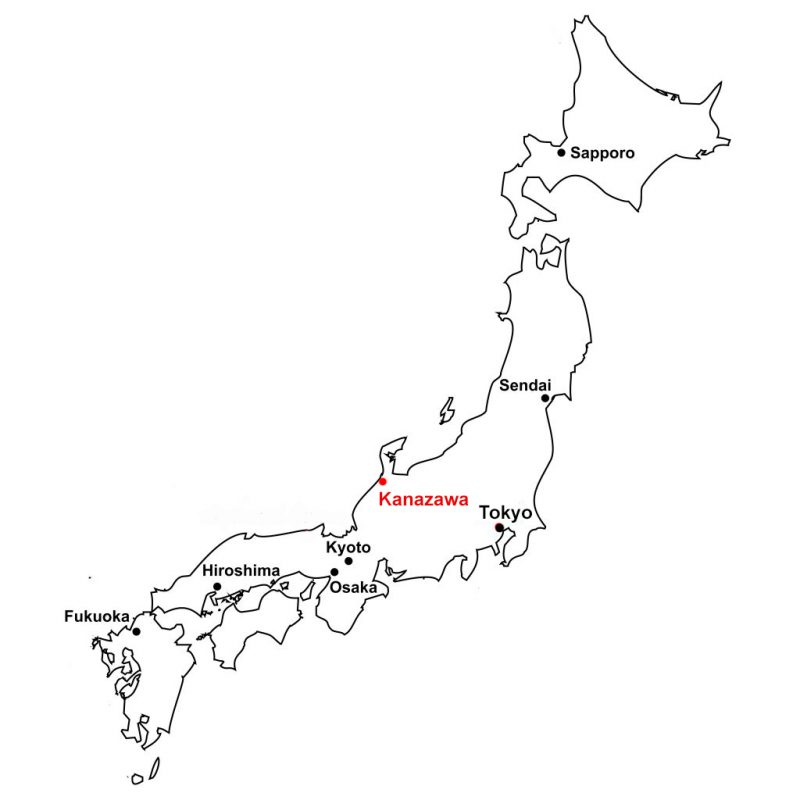 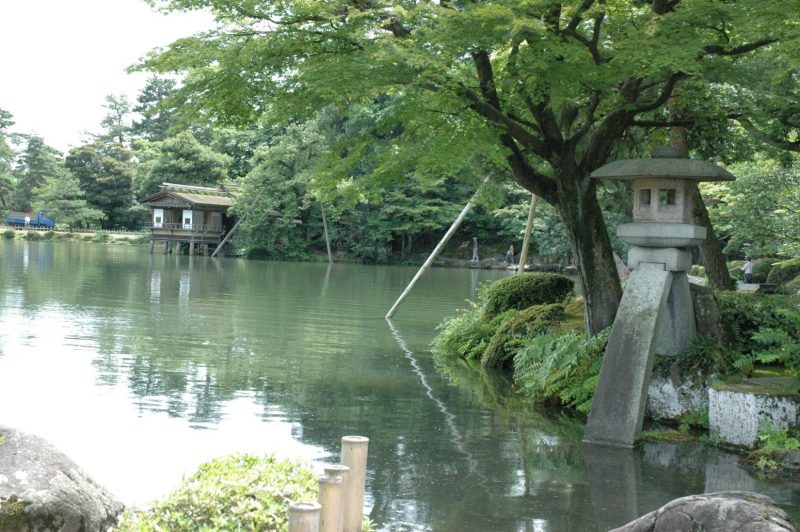 The name Kenrokuen (兼六園) translates to “Garden of the Six Sublimities”, Kenrokuen is regarded as one of Japan’s “three most beautiful landscape gardens” along with Mito’s Kairakuen and Okayama’s Korakuen. The spacious grounds used to be the outer garden of Kanazawa Castle and were constructed by the ruling Maeda family over a period of nearly two centuries. Opened to the public in 1871, Kenrokuen’s grounds are teeming with water features, bridges, teahouses, trees, flowers, stones, viewpoints and hidden nooks to discover. 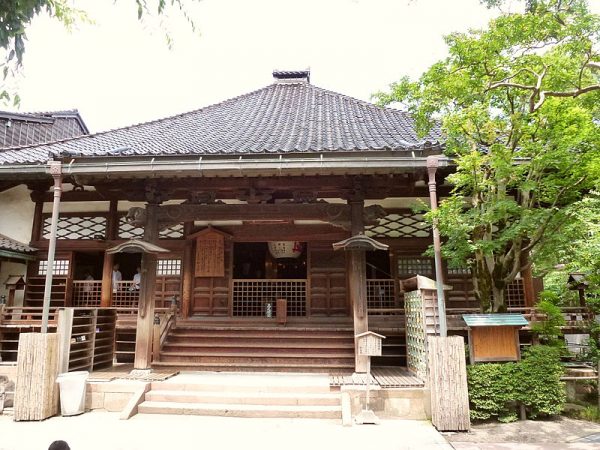 Ninjadera (“Ninja Temple”), more formally known as Myoryuji Temple, was built by the Maeda family during the Edo Period. While not actually associated with ninja, the temple earned its nickname because of its many deceptive defenses. These defenses include hidden tunnels, secret rooms, traps, and a labyrinth of corridors and staircases. The temple can be viewed by guided tour (reservations recommended) held only in Japanese, although good English guidebooks are also available. 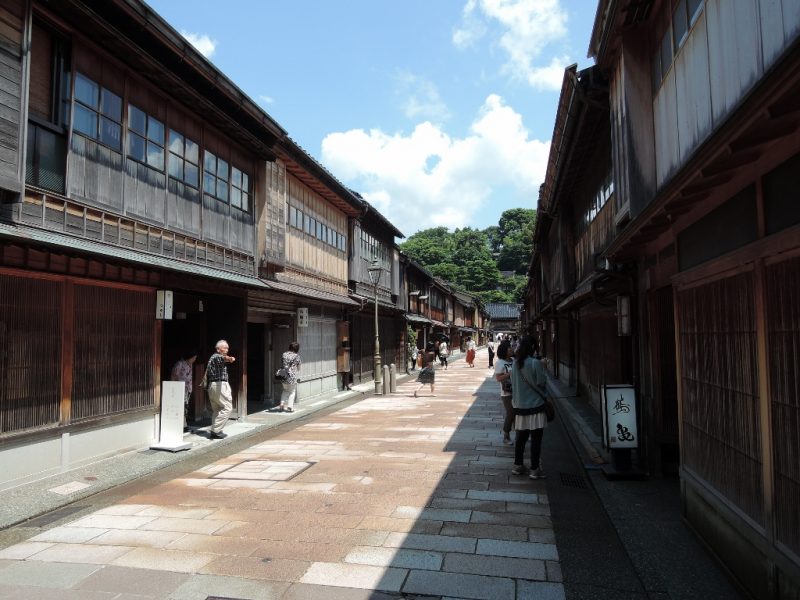 A chaya (teahouse) is an exclusive type of restaurant where guests are entertained by geisha who perform traditional song and dance. Kanazawa has three, well preserved chaya districts. Higashi Chaya District is the largest and by far the most interesting. Two chaya, the Shima Teahouse and Kaikaro Teahouse, are open to the public. Other buildings along the central street now house cafes and shops. One of the shops, Hakuza, sells gold leaf products, a specialty of Kanazawa, and displays a tea ceremony room which is completely covered in gold leaf. 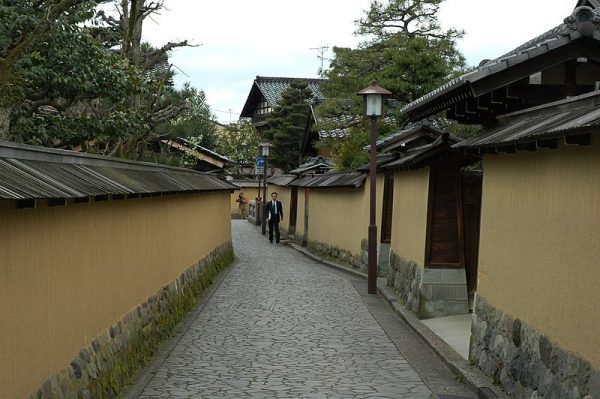 Nagamachi (長町), the area located at the foot of Kanazawa Castle, was the residential district for the samurai serving the castle. The area preserves a historic atmosphere with its remaining samurai residences, earthen walls, private entrance gates, narrow lanes and water canals. One of the district’s main attractions is the Nomura House, a restored samurai residence displaying the lifestyle and artifacts of the era. The Nomura family was a high-ranking retainer for the Maeda family. 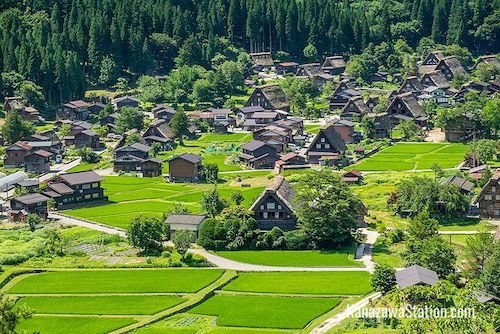 The Shirakawa-go (白川郷) was designated UNESCO world heritage site in 1995. It is famous for its traditional gassho-zukuri farmhouses, some of which are more than 250 years old.

Gassho-zukuri means “constructed like hands in prayer”, as the farmhouses’ steep thatched roofs resemble the hands of Buddhist monks pressed together in prayer. The architectural style developed over many generations and is designed to withstand the large amounts of heavy snow that falls in the region during winter. The roofs, made without nails, provided a large attic space used for cultivating silkworms.

Ogimachi, Shirakawa-go’s largest village and main attraction, makes a good day trip from Takayama, or a stop on the bus journey between Takayama and Kanazawa. The best way to experience the town, however, is to stay overnight at one of the farmhouses, many of which now serve as minshuku. 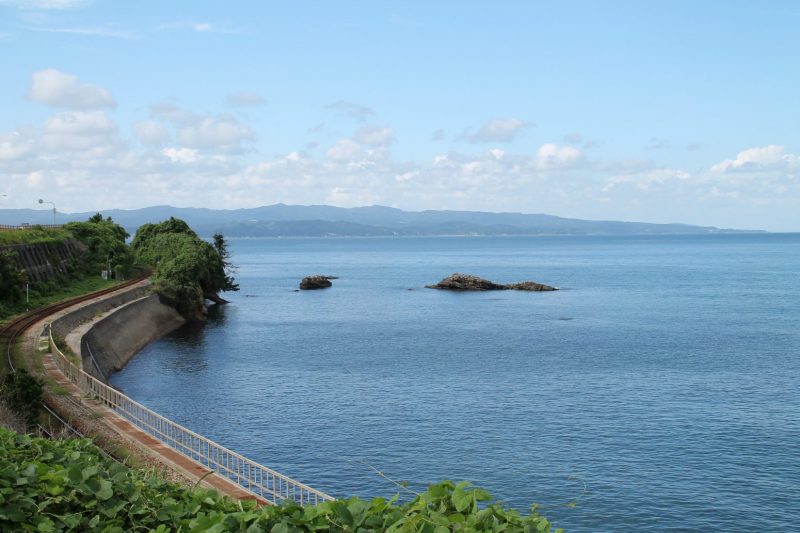 The Noto Peninsula (能登半島) makes up the northern half of Ishikawa Prefecture and extends about 100 kilometers into the Sea of Japan. The peninsula is known for its scenery, particularly along the Okunoto Coast and the Kongo Coast, as well as its rural atmosphere. Because public transportation in the area is limited, the peninsula is best reached by rental car, which allows visitors much more freedom in exploring the region. 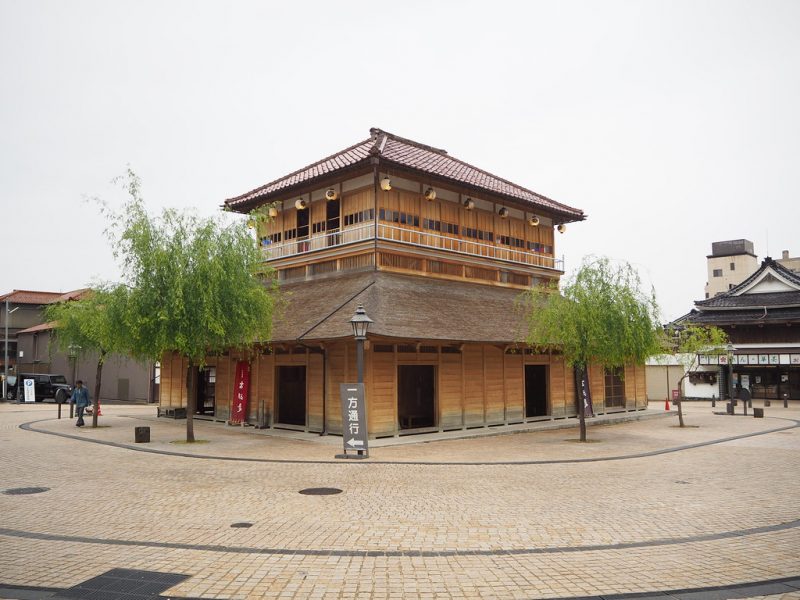 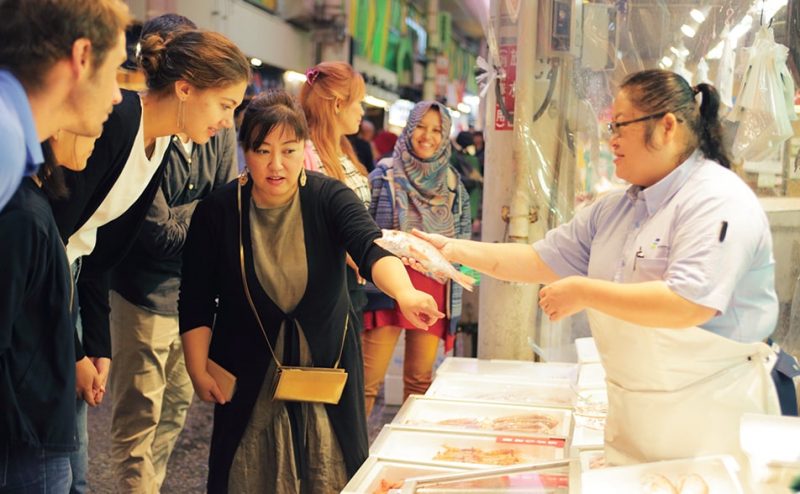 Enjoy a traditional Kanazawa cooking class and eat what you make at the end of the class. To enhance your experience, tour the market with a guide to translate, explain what different ingredients are, and help you find the freshest ingredients.

Gold leaf production in Kanazawa dates back 400 years and today is one the city’s many traditional crafts. One of the most popular specialty gold leaf stores is Gold Leaf Sakuda. Visit the main store and take a tour of the factory, view the production process, and even try some gold leaf decoration yourself. 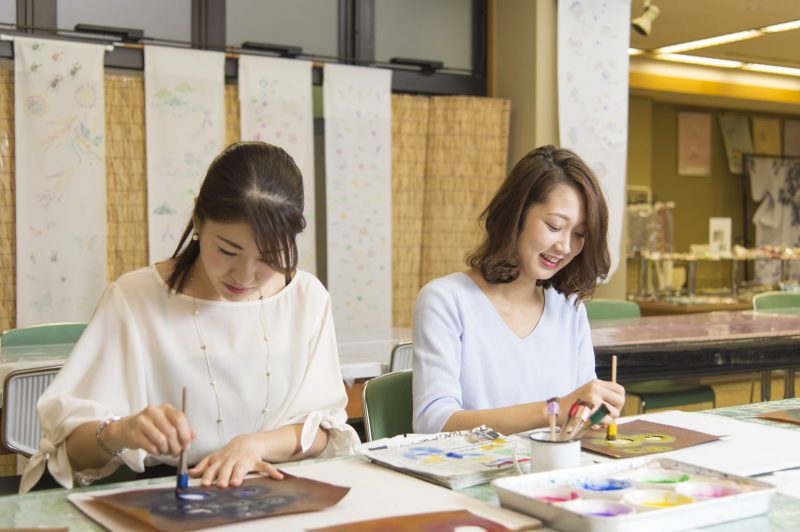 Make your own Kaga Yuzen handkerchief at Kaga Yuzen Kaikan using traditional dyeing techniques. You can design your own handkerchief from scratch or try the Tegaki handwriting course, which is also available on tote bags. If you’re in a group of four or less people, you can just contact them on the day you plan to go. If you are going with five or more people in your group, you need to contact them a week in advance.